When it comes to passwords, length is better than complexity. It important to switch your mindset to using passphrases, which are short sentences or rhymes that you can remember, instead of passwords.

While complexity—like adding symbols or numbers—is still important to an extent, every character added to a password will decrease the ability for a computer to guess it exponentially.

In a famous interview with Edward Snowden, John Oliver pokes fun at the apathy many people have with taking the time to change their passwords.

Most password managers have options to sync to an app on your phone, so you can always have access to your passwords wherever you are.

One trick to avoid the single-point-of-failure issue is to manually append a code word to all of your passwords as you type them into the login service. For example, you would come up with a memorable short word, like “battery.” Then, whenever you create a random password from your password manager and use it with a service, you would manually append this code to the end of the password.

(Alternatively, you can also prepend your code word to the beginning of passwords.)

Two factor authentication is among the best security practices and has a strong track records of preventing hacks. Many websites now support 2-factor authentication, it usually just takes a few extra steps to set it up. The two-factor process is relatively simple: You setup an app on your phone that has a code you type in to access a website, in addition to your standard password. This way, if your password is compromised, adversaries still cannot access your accounts without the codes on your phone. Two-factor authentication creates a secondary layer of security. 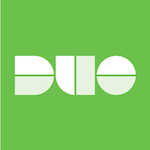 Duo is owned by Cisco, and allows for several different types of 2-factor authentication, including push authentication (when offered by the service). 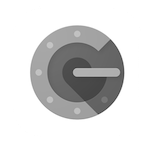 Google Authenticator is an app run by Google that offers 2-factor codes. 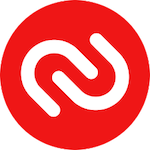 Authy is another service, which offers back-ups of your authenticator codes in case you ever lose access to your phone.

By far, the most common way people get hacked is through some type of social engineering: getting people to inadvertently click on a link, responding to an email, or typing in their password into a website that isn’t what it purports to be. The practice of sending messages in order to trick users into a hacking attempt is called phishing. More advanced attacks that use a bit of social engineering — prior knowledge of the victim to get them to click a link in an email, for example — is called spearphishing. Spearphising would be, for example, receiving an email that purports to be from your boss asking to perform some familiar task. And the email would leverage some knowledge of your workplace based on information gleaned from the company website.

The best way to avoid these types of hacks is to stay vigilant and develop a strong security posture. Past examples have often shown that most of these attacks fail when users are alert, skeptical, and question whenever someone at their company sends them a link for any reason. 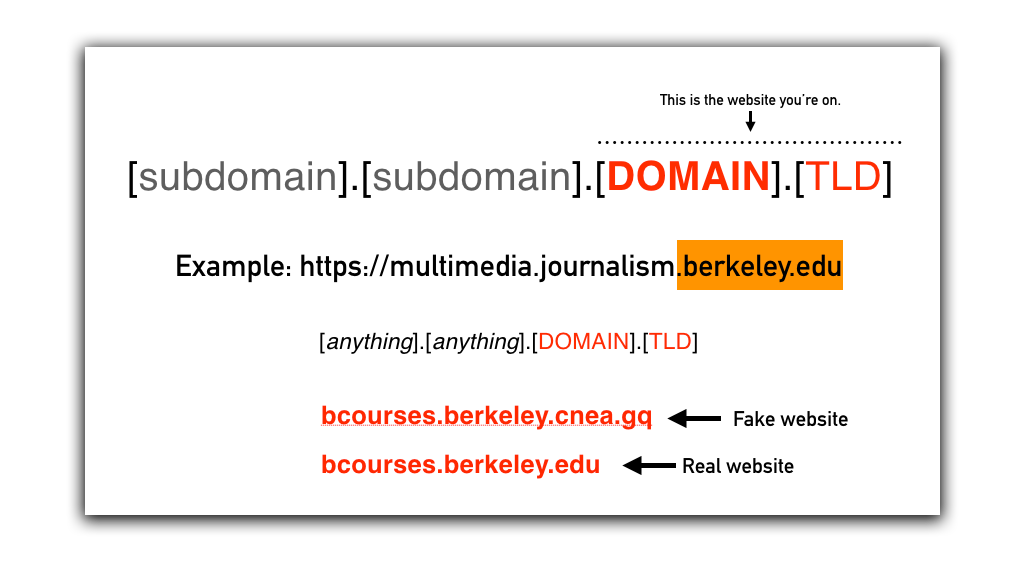 It’s also important to know when a link might be suspicious. The latter part of every URL is the domain and top-level domain. This is the actual website you’re visiting. Many attackers try to fool users by adding spurious subdomains to the URL.

Digital security involves a process called Threat Modeling. This is where you identify actual threats and take appropriate respective measures. 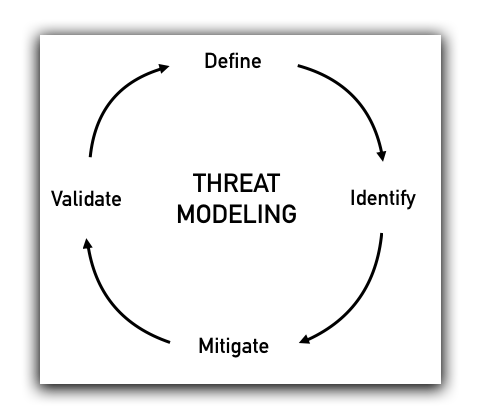 This process is under appreciated. Many people don’t take commensurate measures based on actual threats. They either overshoot, needlessly taking extreme measures that stunt their ability to report freely. Or they don’t take ambitious enough actions given the capabilities of the threat actors involved. It’s a good idea to model various threat scenarios and look an prior examples for how you might mitigate these threats.

You’re at a coffee shop having lunch with a banker friend. She tells you, “There is some serious unethical stuff going on at our bank. It’s really sleazy. They’re preying on elderly communities, signing them up with high-interest loans. The bank persuades them, when really it isn’t in their best interest. It’s not illegal per se. But it’s bad enough to make anyone’s stomach turn.” The friend has a load of documents on her work computer proving these practices, including a video footage of seminars given in elderly communities. She wants to help you (a journalist) to get the word out.

It’s important to compartment your work into discrete silos. This helps to contain disaster when things go wrong. Some basic examples of compartmentalization include:

There are many other examples of compartmentalization. 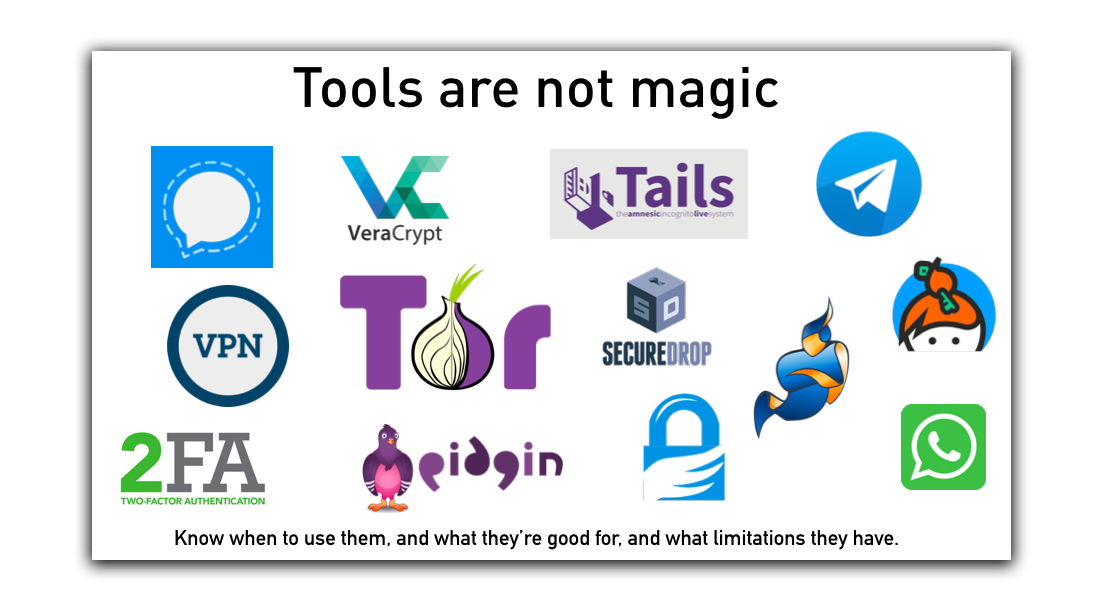 Tools are not magic. It is important to know when to use a tool, and what its limitations are. Never put all of your trust in any single tool, and always assume that a tool may be compromised. The best way to contain disaster in these situations is to compartmentalize your work. For example, when using an encrypted communication tool, use code words when arranging meetings. Or setup a separate account for separate sources. This way, if one account is compromised, it mitigates the damage to only that single source.

Signal is the de facto standard for secure messaging. It’s important to know that while the messages cannot be read in transit, they can be recovered from the individual phones at each end of the communication. One way to avoid this is to turn on disappearing messages, which automatically erase messages after a set period of time, and will affect both sides of the conversation. 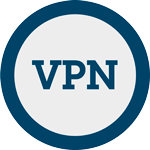 See what websites know from your connection: https://browserleaks.com/ip

It’s important to note that VPNs do not ensure complete anonymity, and the VPN provider will be able to see the websites you visit. Many providers claim they don’t keep logs of the websites their users visit, however it is generally accepted by the security community that this is not true. Some popular VPN providers include:

Tor is a special anonymous network of computers worldwide. When you connect to this Tor network, you’re completely anonymous when you visit websites.

There are certain websites that have the .onion at the end of their address that are only accessible via Tor. Sometimes called the Dark Web, these websites cannot track visitors and the location of their .onion web servers are hidden. These are sometimes a haven for illicit activity such as pirated content, pornography, or drug trafficking. Some Dark Web websites are used legitimately by activists and dissidents avoiding censorship from adversarial governments or other entities.

It’s important to note that while your connection to websites is anonymous, your local Internet Service Provider (ISP) that you use to connect to the internet can see that you’re connected to the Tor Network. In a famous case, a Harvard student attempted to use Tor to email a bomb threat to his university to get out of taking a test. He was caught in part because Harvard campus IT could see he was the only person on campus connected to Tor at the time the bomb threat was sent in. 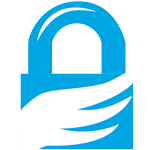 Pretty Good Privacy, or PGP, is a technology that allows for encrypting messages and files. It uses a system called public key encryption where users post a key publicly that anyone can use to encrypt messages, while the private key can be used to decrypt information. PGP is discouraged by many security professionals because of its complexity to use it effectively, and its single-point of failure. If the private key is compromised, all messages encrypted are thus compromised. Still, it maintains wide usage for specific purposes. In addition, PGP is often used to digital sign files and messages, to prove ownership.

The acronyms PGP, GPG and GnuPG are synonymous for the purposes of this tutorial and are often used interchangeably. A common community where people post their public keys and prove ownership is Keybase.io. 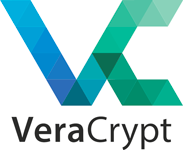 VeraCrypt is a software use for encrypting volumes (like a thumb drive, external hard drive, or a folder on your computer). It offers some advanced features including hidden volumes where it can hide files on a drive, made to appear like the drive is empty. It also offers plausible deniability, which is that the volume will have two passwords: one that would reveal decoy files, and a second, that will reveal the real files. 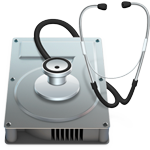 Macs come built-in with software for making encrypted volumes. While it doesn’t possess the range of features as VeraCrypt with hidden volumes or plausible deniability, it will allow you to encrypt a folder of files on your computer to protect them from adversaries. This method creates volumes that only work with other Mac computers. 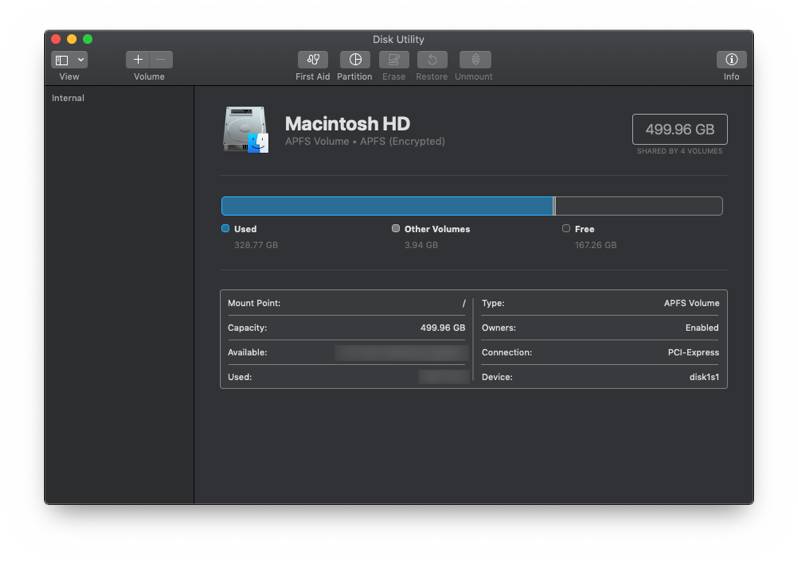 To create an encrypted volume: 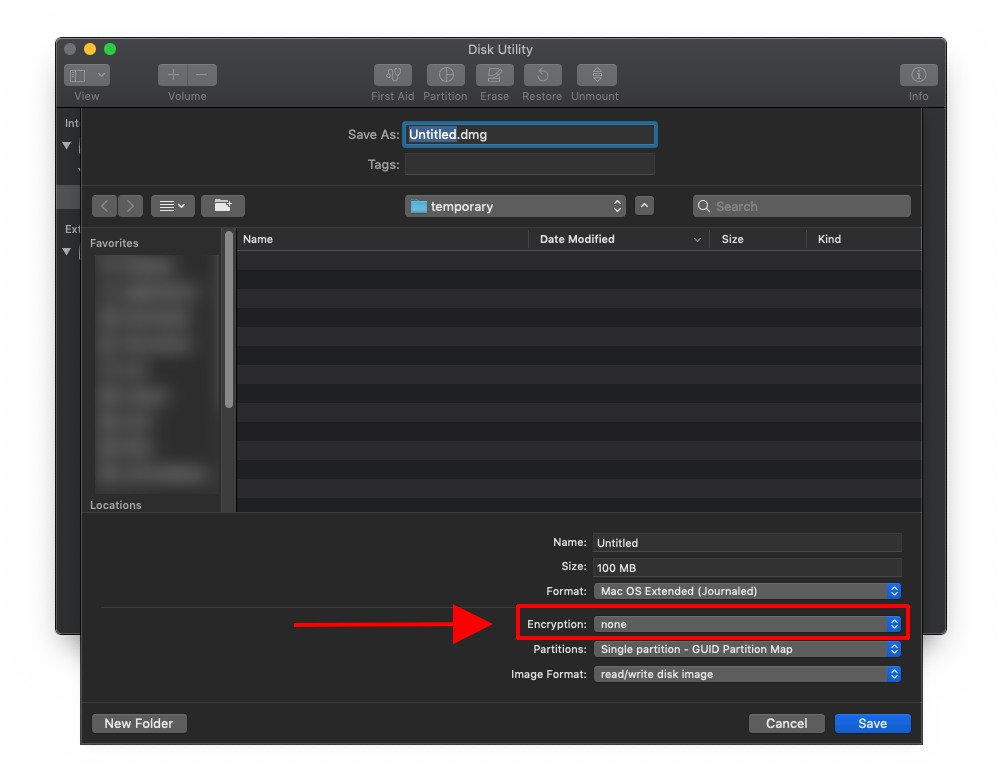 Copyright UC Berkeley Graduate School of Journalism 2020. Any code samples in these tutorials are provided under the MIT License.