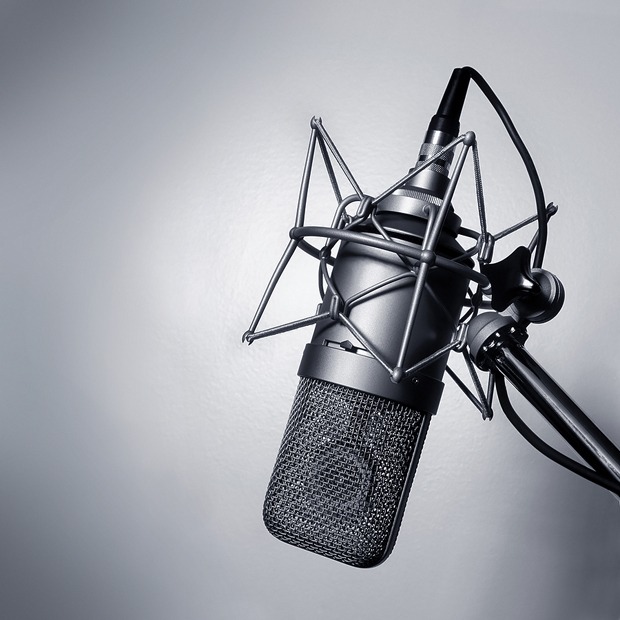 A voice-over is a narration done by a broadcast reporter, usually reading from a script. The reporter’s voice is recorded over a sequence of video clips that tell a story.

A standup is when a television reporter appears in front of the camera to narrate part of a story – most often at the beginning to set up the story, or at the very end.

Often the standups and voice-overs are read from a script the reporter has prepared beforehand.

Generally reporters write their scripts after shooting the video for a story, and then assemble the clips to fit the script.

Reading that script is an art that requires both smooth delivery and emphasizing the key points in the story.

Here are some tips for doing these standups and voice-overs.

Read through the script several times to get familiar with it and get over any bumps in your delivery during practice – not while you’re recording.

Look especially for words that are going to be hard to pronounce or that you might stumble over. Repeat those words out loud to yourself until you feel comfortable with the pronunciation. Or try doing exaggerated pronunciations of a word several times to get more at ease with just saying it naturally.

Do some facial stretches – opening your mouth wide to loosen up.

Try humming or singing a song to get your voice alive and prepare it for using a range of pitches when you narrate your story.

Say some classic tongue twisters out loud – like “Peter Piper picked a peck of pickled peppers” – and emphasize each of those words.

To loosen up and sound more conversational, try laughing through the copy. It won’t make any sense but it will warm you up and get you to be yourself.

Go to extremes when practicing your script to compensate for problems you have with your voice. Thus you might try reading the script in a very loud voice if your problem is having too soft a voice.

For standups, relax your nerves by shaking your hands from the wrists. Also do the facial stretches and take some deep breaths.

Do deep breathing exercises – breathing in quickly and deeply several times, and being sure to force out all the air.

Read through your script and underline or highlight the “operative” words – the words that are essential to telling the story.

These are words which, if you only read those words rather than the complete sentences in the script, would still give the listener the gist of the story and what it’s about. They’re the words the listener needs to hear to stay with the story.

Proper names in particular always should be identified as operatives the first time they appear in a script.

Once you’ve identified the key words that tell your story, you need to add emphasis to those words when reading your script.

You do that in these four ways:

Besides marking the operative words for emphasis, you also need to mark your breaths on the copy – where you’re going to pause to take a breath.

Longer sentences are going to need a breath, usually taken where a comma appears in the script or where new information is introduced.

But don’t be too obedient to punctuation and don’t pause for a breath after every sentence. Look for other places within a sentence where you can pause for emphasis and also take a breath.

Similarly don’t just pause at the end of a sentence. Look for other natural places – such as the operative words within a sentence – to pause.

Try to sound conversational when you talk – not like you’re reading from a script or lecturing to someone. Tell the story, don’t read it.

Think about how you would talk with a group of friends and tell a story to them – then adopt that tone when reading your script. Be as animated as you would telling a story to a friend. Stay in the story while you’re reading it. Think about what you’re saying.

Open your mouth wide – both laterally and vertically, like a singer. Your voice will be louder and richer if you do.

Don’t close your mouth at the end of a sentence. When you’re talking that will create a popping sound when you open your mouth again to say the first word in the next sentence.

Keep your chin parallel to the floor – don’t look down as that affects the sound of your voice.

You might try frowning when you talk to add authority and credibility to your voice. If you frown you are more serious, and your voice subconsciously changes to a more serious tone, making you sound more credible.

Don’t “throw away” the last sentence of your script by letting your voice trail off just because you’re at the end of the script.

When doing a standup where you’re reading from a script, hold the script up fairly high – just beneath your chin but off camera – so your eyes aren’t jumping up and down between the camera and the script as much as you read.

Don’t tilt your head – try to look straight on into the camera and keep your chin parallel to the floor. If you your head is tilted off to the side or up or down, it gives the viewer the appearance of deception – why isn’t the reporter looking right at me?

Stand up straight and don’t slouch – the camera will only amplify bad posture like a slouch.

Don’t breath in by moving your chest and shoulders. Concentrate instead on breathing through your diaphragm and stomach. This will make your voice sound less nasal and also reduce the motion caused when your chest heaves with each breath.

Try holding your hand on your stomach to make sure that you can feel yourself breathing in and out from the diaphragm area, rather than the chest.

Keep your feet slightly apart and don’t move them when you talk. Especially avoid shifting your weight from one leg to the other.

Also avoid moving your shoulders. Instead put the energy from all that movement into facial expressions and hand gestures.

Keep your hands loose and at your sides – don’t put them in your pockets or clasp them together.

Gesture with your hands while you’re talking. This is one way to make the story sound more conversational.

Use facial expressions, such as raising your eyebrows, to accentuate your face when you’re emphasizing a particular point. This again is what you’d do in a casual conversation to make your standup look more natural.

This tutorial is based on lectures Marilyn Pittman gave in multimedia skills classes at the UC Berkeley Graduate School of Journalism. It was written by Marilyn Pittman and Paul Grabowicz.