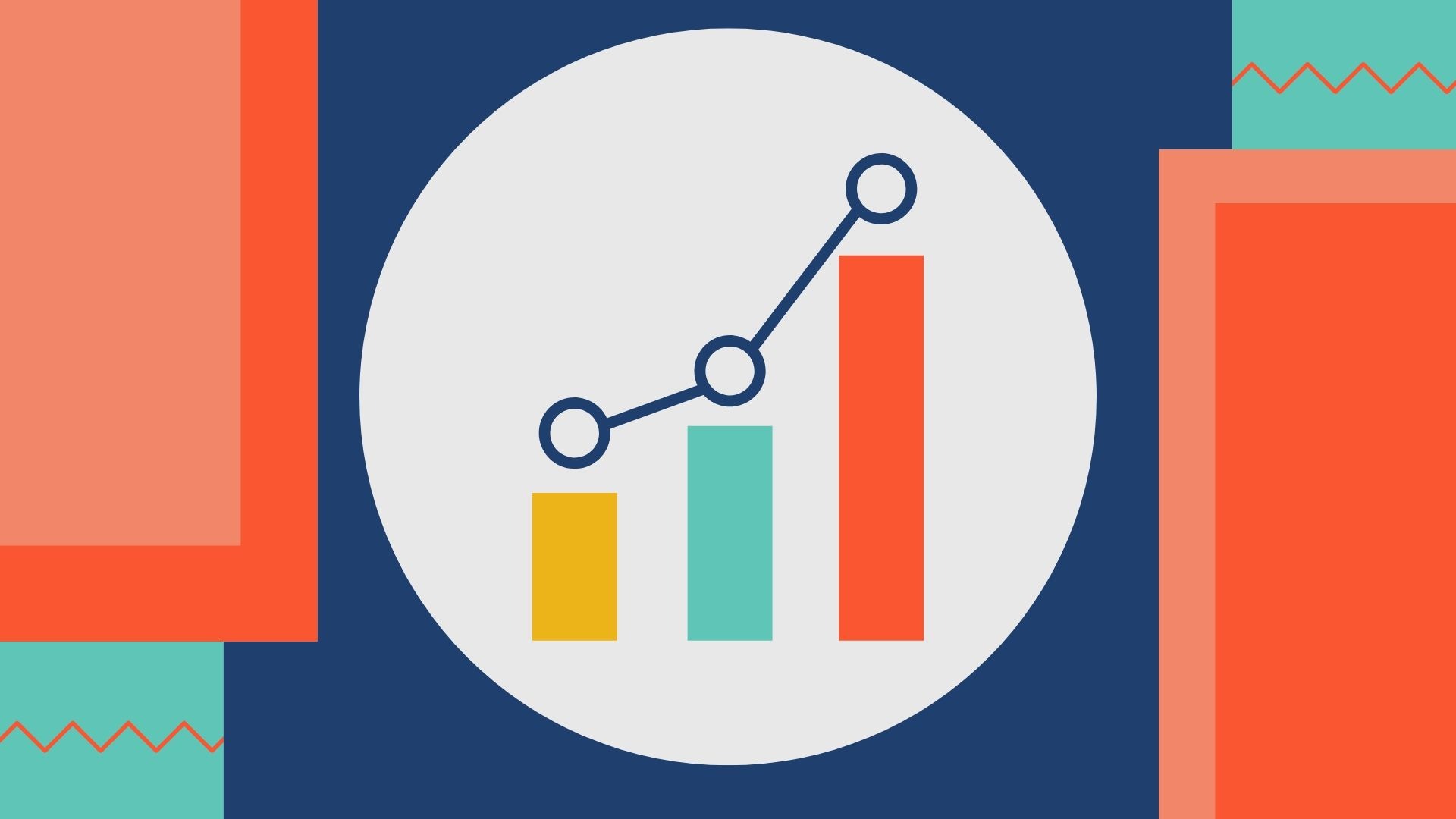 A wealth of demographic and other data is available on a city, county, state and national level in the United States. But navigating the maze of government and private agencies that collect data to find statistics on a particular topic is often daunting.

This guide lists the websites of major US & International government agencies and some private organizations where you can find online searchable databases and other statistical information on different subjects.

Many of the sites have data you can download, often in a spreadsheet format, and then use to create a data visualization.

The guide is organized topically, so you can find databases with statistical information on specific subjects, such as crime, education, the environment, immigration, public health, and so on.

It includes websites with data on California and California cities, especially in the San Francisco Bay Area.

National sites are listed first in each topical section, followed by sites with data on California and Bay Area cities.

Note: Besides databases with statistical information, there are many other online databases for locating information on a specific company or person, such as property ownership, criminal cases, civil court cases, business filings, professional licenses, etc.

For those types of databases, see the other Public Records Tutorials on the different topics. The main page for accessing data compiled by the U.S. Census Bureau. Find information on population, demographic, economic and other data, including trade and manufacturing statistics.

The Census Bureau’s gateway site to population, housing, economic and other data, down to a city, zip code census tract and block level. Select Data Sets in the menu on the left to see a list of available data. As well as running the decadal national census, the bureau operates other surveys, which provide more detailed information from representative samples of the U.S. population, including the Current Population Survey (run jointly with the Bureau of Labor Statistics, see below) and the American Community Survey.

National database of selected Census, American Community Survey, Current Population Survey (run jointly with the Bureau of Labor Statistics, and other economic, business, government and geographical data for all states and counties, and for cities and towns with +25,000 people.

The U.S. Census Bureau provides access to databases related to building permits, imports/exports, employment and earnings (by county), occupational breakdowns by race, and other info.

The U.S. Census Bureau provides map shape files that can be used to display census data. They can be merged with data in GIS programs or online mapping sites.

Investigative Reporters and Editors has a tool that gives journalists an easier way to download 2010 Census data.

IPMUS, the Integrated Public Use Microdata Series at the University of Minnesota  compiles current and historic U.S. Census data at an online site that makes it easy to create custom data tables on a national, state and local level.

Numbers of people moving into or out of counties and states in the United States.

Demographic data on California, including county data. Many of the datasets are downloadable as text or spreadsheet files.

Census data from 2010 for Bay Area counties, cities, census tracts and blocks, compiled by the Association of Bay Area Governments in partnership with the Metropolitan Transportation Commission. Includes historical data as far back as 1860. The Bureau of Justice Statistics does national surveys to gather data a variety of criminal justice issues, including crime victimization (what crimes people report they have been the victims of), jail populations, adults on parole and probation, etc. Here is its full list of data collections. The National Crime Victimization Survey is an especially useful resource, which together with the Federal Bureau of Investigation’s Uniform Crime Reporting program provides the best national data on crime.

Data charts on law enforcement officer fatalities each year, as well as on assaults on officers and injuries.

The Office of the Attorney General’s site has statistical tables, as well as reports, publications, and links to federal, state, local agency and other statistics.

An interactive map that plots crimes committed in Oakland, sortable by type of crime, time of day or neighborhood police beat. The Oakland Crimespotting site, which was created by people at Stamen Design in San Francisco, uses data reported by the Oakland Police Department.

Survey data on drug use that can be viewed online or downloaded.

A searchable database of payments made to doctors by pharmaceutical companies, compiled by the online news publication Pro Publica. This site has detailed data on business and economic trends in the United States on an international, national and regional level.

The Census Bureau does regular surveys on various national business and economic indicators, as well as an economic census every five years with statistical data down to the county and city level.

Data and educational studies on schools in California

Compare fiscal, demographic and performance data on all of California’s K-12 public schools at the Educational Data Partnership site.

The main federal government agency that tracks employment and labor data. Find information on employment and unemployment, workplace injuries, time use, pay and consumer spending, including the Consumer Price Index, a key measure of inflation. Browse its datasets here.

To find data on counties and cities click on the link for Unemployment Rate and Labor Force. The EPA has an online database you can search by location, including a city, zip code or street address, to find facilities that are releasing pollutants or toxics into the air, water or ground.

National and regional data used to map changes in the environment, including coastal resources and critical habitat.

The world’s largest active archive of weather, climate data, including forecasts, and historical records of hurricanes and other newsworthy severe weather events.

World Data Center(WDC) for Meteorology in Asheville is one component of a global network of international exchange of scientific data.

The NGDC provides geophysical data from the Sun to the Earth and Earth’s sea floor and solid earth environment, including Earth observations from space. A good example is National Snow and Ice Data Center maps of polar ice.

The NODC archives and distributes oceanographic data and information. These data include physical, biological, and chemical measurements from in situ oceanographic observations, satellite remote sensing, and industrial oceanographic activities in coastal and deep ocean areas.

GIS mapping of natural disasters. To use with ArcGIS login. Collects all sorts of data on fires.

The CDC compiles statistics on accidents, including fires.

Data on crops and livestock on a national, state and county level.

California Department of Food and Agriculture

Data on crops and livestock in California.

A portal site for accessing U.S. government information databases. You can search for data from the home page, or follow the Data and Topics links from the top menu. Be warned, however, that Data.gov does not contain all of the U.S. government’s data. Some of the most useful datasets are still only available on the websites of individual federal agencies. The Federal Committee on Statistical Methodology has links to agencies with some the most important data collections.

Google has demographic and other datasets from a variety of U.S. and international sources on its Public Data Explorer site. The data can be explored online or converted into data visualizations. People also can upload their own data to the site to create visualizations.

Survey and other data on a variety of topics that is downloadable at the Public Policy Institute website. Subject areas include education, environment, government, health, housing and public finance.

Hard-to-find statistical and demographic information on San Francisco Bay Area cities. Include data ranging from number of funeral parlors and liquor stores to veterinarians and midwives in each city. Created by a team of students working for the UC Berkeley News21 Project.

A clearinghouse for finding datasets produced by the city and county of San Francisco. The federal government set up the USASpending.gov website that has a database of federal grants and contracts that have been awarded, searchable by contractor, government agency or location.

The Center for Effective Government (formerly OMB Watch) has a searchable database of U.S. government contracts, grants, and loans.

U.S. Recovery Accountability and Transparency Board

The CDC compiles national data on death and diseases, accidents and injuries. The WONDER online databases provide a wealth of information, including on causes of death. Other health datasets are available through the CDC’s National Center for Health Statistics.

Data and statistics on public health. Statistics and studies on the U.S. housing market.

The National Association of Realtors provides the standard measurement of the residential real estate market. On or about the 25th of each month, NAR releases statistics on sales and prices of existing single-family homes for the nation, four regions, states and MSAs.

The main U.S. government source of statistical data on immigration

The U.S. Census Bureau site with data on immigration to and emigration from the United States.

The Migration Policy Institute provides access to their statistics, facts and maps on migration and immigration in the U.S. and abroad, with databases that are searchable by state. This United Nations web page has databases with different kinds of demographic information for countries around the world. You can also visit the UN Statistical Division for more.

Online databases of national and international statistics. Its World Development Indicators catalog contains data for more than 7,000 different measures, compiled by the bank and other UN agencies. You can navigate the site using the search box or using the topics links to the right. When you click on a particular indicator, you are sent to a page that gives options to download the dataset from a link near the top right of the page. The data in some cases goes back as far as 1960, and is listed both by individual country and summarized by regions and income groups.

The World Economic Forum does reports on a wide range of global issues.

Data on voting, voter registration and the census, on a county, census tract and block level. Compiled by the Statewide Database for use in redistricting.

Public opinion survey data on political participation and the mood of voters, as well as job approval ratings of elected officials in California, downloadable at the Public Policy Institute website. Check the areas under Government and Political Participation.

The annual U.S. Statistical Abstract published by the U.S. Census Bureau has some data on religious affiliations and church membership.

The Census Bureau is prohibited by law from asking mandatory questions about religion in its surveys, but it does keep a page with links to other sources of information on religious affiliations and churches.

The yearbook published by the National Council of Churches has statistical data on the membership of major church groups in the U.S. and Canada.

However, it is a paid publication that must be ordered. It is not available online. Links to the major sports associations and other sites that compile player and team statistics in different sports.

Centers for Disease Control and Prevention

A CDC site with information and data on traumatic brain injuries, including a special section on “Concussion in Sports.”

A survey done by BART that has data on ridership at the transit district’s 40+ train stations.

A data visualization of BART’s 2008 station profile study along with other information on the transit district’s 43 stations, their passengers and people who live near the stations. Created by a team of students working for the UC Berkeley News21 Project.