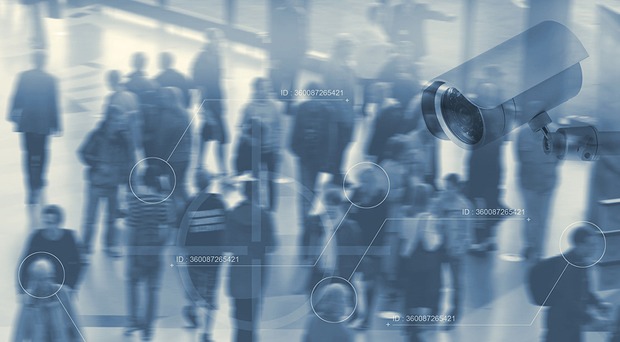 Police and other law enforcement agencies investigating crimes compile a number of different records in criminal cases. These include:

Very few criminal records are available on the Internet.

This guide describes for reporters what records are publicly available in criminal cases investigated by police, focusing on California.

Police investigate crimes and arrest people, but they do not charge people with crimes. Charges are filed by prosecutors – such as a district attorney’s office – and a court case is only opened when a person has been formally charged.

Police records thus are not part of the court system, and documents like arrest reports or crime/incident reports kept at police departments are not presumed to be open to the public as court records are.

There are two main types of reports written by police officers – arrest reports and crime or incident reports.

This report provides details on an arrest made by police.

This report provides details on police responses to citizen calls for assistance, reports of accidents or reports of crimes being committed.

While police records are subject to state public records laws like the California Public Records Act, many types of police records are specifically exempt from disclosure. There also are general exemptions that police can cite, such as that the release of information  would endanger someone’s life or undermine an investigation, to decline to provide copies of arrest or crime/incident reports.

Here are links to some Bay Area police department web sites that have information on obtaining police records:

See, for example, this San Francisco Chronicle story about how police in San Francisco cut back public access to police records, even basic information from arrest and incident report logs.

Reporters can ask for a copy of a police report, but if the police decline to provide it they probably are within their rights to do so.

This is why it’s important for a reporter to check the court record to see if criminal charges have been filed in a case. In the court file you’ll sometimes find police reports attached to the original criminal complaint that a prosecutor files against a defendant listing the charges against him/her.

So the same documents that police decline to give to a reporter might be publicly accessible in the court file.

See our other tutorial on Criminal Court Records for help on accessing criminal case records filed in courts.

When police arrest a person, the person usually is held at a county or city jail facility until the prosecutor’s office decides whether to file charges. Jails keep records of people they have in custody or who have been released on bail.

For help on what information is available on jail inmates and how a reporter can interview them, see our other tutorial on Jail and Prison Records.

Police often will obtain an arrest warrant signed by a judge to apprehend a person.

Arrest warrants are used in various circumstances, such as when officers have investigated a crime, identified a suspect and then want to go to a particular place and arrest the person, such as at the person’s home.

To obtain an arrest warrant, a police officer usually goes to a prosecutor who then must convince a judge that a crime has occurred and there is probable cause that the accused was responsible for the crime. The judge then can sign an arrest warrant.

An arrest warrant will list the defendant’s name, a narrative description of the crime, the amount of bail and the court in which the warrant was issued.

But see the San Diego County Sheriff’s Office warrants database, which has summary information on warrants issued against people in that county.

A police department keeps an arrest log that has the names and addresses of people arrested by police officers, where they were arrested and other details about the circumstances of the arrests and the people arrested. These logs generally are presumed to be public.

In California, these are the details about a person arrested by police that should be made public under the California Public Records Act:

Some of the arrest records put online by the Chronicle and other local news outlets come from a website called Local Crime News.

A police department keeps an incident log of citizen calls for assistance, accident investigations and reports of crimes. The logs will include some details on the circumstances of the calls. These logs generally are presumed to be public.

These are the details about incidents reported to police (which are often referred to as public requests for assistance or complaints, and which also include accident reports) that should be made public under the California Public Records Act:

Some police departments put their incident or report logs online.

Here are some examples:

To see San Francisco Bay Area traffic incidents, click on the Communication Centers drop-down menu at the top left and select Golden Gate. To decipher abbreviations used in the incident logs, in the drop-down menu under Resources in the upper right select Glossary.

Finding the Descriptions of Crimes for Different Penal Code Sections

For example, section 187 of the penal code is for homicides.

How can you find out which crimes the various sections of the state penal code stand for?

The Berkeley Police Department has a list of commonly used penal code sections and which crimes they refer to. That’s at:

For complete penal code listings, you can search by a penal code section number at the state government’s California Law site to find out what crime it relates to:

At the site check the box next to Penal Code. In the search box type in the number for the penal code section you’re interested in (such as 187).

Police must get a judge’s written approval to conduct searches of private property in criminal investigations (unless the person in possession of the property consents to a search).

These documents approved by judges are called search warrants.

Search warrant filings thus are court-related public records. And they can have very detailed information on a criminal case being investigated.

Most courts assign a clerk to manage the files for the search warrants granted by judges to law enforcement officers.

These search warrant files are separate from the actual criminal court cases in which people are charged with crimes (search warrants often are obtained by police before any arrests or formal charges are filed in a case).

The search warrants are organized differently in different courts. An index usually is kept by date, and then within each date is a list of the addresses of the places approved to be searched that day. In other cases the index may just be numerically arranged by a number the court assigns for each warrant.

Search warrants are not indexed according to the names of the people whose property is being searched or seized, which can make it difficult for a reporter to track down the files.

Search warrants have to be obtained to search everything from a residence or business to a vehicle or other personal property, such as a storage facility or a bank safety deposit box.

The search warrant and related documents should be filed with the clerk’s office within 10 days of conducting the search, and often are filed sooner.

Law enforcement officials also can get a judge’s order sealing a search warrant. Usually this is done if the search warrant affidavit contains sensitive information that would jeopardize an investigation if made public.